If you have always been passionate about the performing arts and would love to start auditioning for acting roles in musicals, you should follow the tips described below.

Take dance classes for a few months before you start auditioning

Even if you are only planning to audition for acting roles that involve little to no dancing, you should still take some dance classes in the months before you plan to start auditioning. The reason for this is as follows; many roles in some of the most famous musicals involve a lot of dancing. Whilst you might be comfortable with the idea of only auditioning for non-dancing parts now, you could find this quite limiting in the future.

For example, if after a few years of acting in musicals, you get the opportunity to audition for the lead role in a famous musical, which you know you would be perfect for, you may end up missing out on the chance to play this amazing part if it requires a lot of dancing. By dedicating a few months to gaining some dancing experience now, you could potentially avoid the disappointment of finding yourself in this type of situation.

Furthermore, taking dance classes a few times a week is a highly effective way to get fitter. This is a very important point to note, as you need to be very fit if you want to act in musicals, as this work is physically demanding. For example, actors in musicals often have to perform on stage for hours at a time, partake in multiple shows in a single day and will sometimes have to do several very quick costume changes during a show. Whilst you could just go to the gym, it would be wiser to take regular dance classes, as opting for this physically challenging type of performing art will not only make you fitter but will also teach you a skill that could give you a better chance of landing a fantastic role in a musical in the future.

When you first start looking at the roles that are up for grabs, you might be inclined to audition for all of them, in order to increase your chances of being able to participate in a musical. However, it is best to be a bit fussier about the ones that you audition for; ideally, you should only apply for parts that you believe you are right for.

For example, there are many roles in famous musicals that need to be played by a person with a specific type of physical trait (such as being very tall or short) or a particular speaking voice. If you audition for a part that you are clearly unsuitable for (for instance, if the role must be played by someone with a high-pitched, squeaky voice and you have a deep voice, that sounds odd and unnatural when you try to make it higher), you will probably be unsuccessful.

Repeatedly making this mistake will result in you getting rejected regularly, which may, in turn, deter you from auditioning for roles that you could actually be perfect for and make you give up on your dream of working in the performing arts industry. 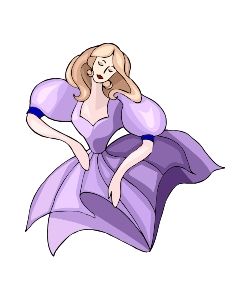 When I was a child, I loved nothing more than getting onto the local theatre stage to perform in the latest play production. However, I noticed that my child had a reluctance about acting because she was so self-conscious. My blog is all about the different performing arts that your child can try out to find one which they are passionate about. I also plan to post about how parents can support their children while they try out the different arts' avenues. Performing arts help your child to express themselves and be creative, so I hope my posts help kids and parents to follow their performing dreams.